My Year of Game Development

TL;DR? It's new years, and the first release of lanarts in 3 months!
Download: here!
Github link

I believe I've grown a lot as a programmer in the past year. My knowledge of version control has expanded greatly -- from initially using SVN as little more than a file drop. I've moved from using windows exclusively to using linux exclusively. I started working at Red Hat this summer and learned much about real-world code (for the curious, I'm on the OpenJDK team, working on icedtea-web).

I decided to write a retrospective on my past year of game development on lanarts, I hope you enjoy it.

... Though to be honest, I didn't feel I could do it justice without some additional background pre-2012.

A game from my Game Maker days


I started programming by making games in Game Maker, although I have sworn off the program years ago. Since then I found that programming was fascinating in itself, and perhaps more so without annoying user interaction to worry about. In that time I did a great deal of hobby C++ programming, and some Java.

I started to enjoy working on large projects, namely a python-like scripting language. While very interesting, this proved to be unremarkable to my friends. So I thought, developing games again would be nice.

Summer 2011    From zerglings to witches and wizardry

My roommate was interested in collaborating on a project, and so we set off to make an RTS that was centered around LAN play. Lanarts. Somehow this idea got dropped, and instead we opted to make an RPG. The name stuck.

The first thing I did was toy around with level-generation code. It was quite simple, just plop down some rooms and tunnel between them randomly (backtracking on failure), but it worked well -- the code in place still stems from this.

After that I sought out find tiles to graphically display this dungeon, and found the rltiles tile-set, and subsequently the rogue-like Dungeon Crawl which uses them in a heavily modified form. Much distraction ensued! Soon me and Pat were playing Dungeon Crawl more than coding. However at the end of all the dungeon-diving my vision was clear, to make a game that could closely resemble a co-op roguelike as possible.

Fall Semester 2011    The foundations of a game

I used SVN & CMake in a research project during a research position I had during summer 2011, so they were natural choices for me to use in my game. Pat was using linux exclusively, while I was on windows, and this was a very good thing to tackle from day 1. In retrospect I wish I had also handled networking issues from this point as well.

Work on the engine progressed. I had the foundation of a game engine going in C++. OpenGL drawing, game actors acting in an event loop, and a rather complicated actor-storing data-structure that, while tricky to write, I still use and has worked very well. 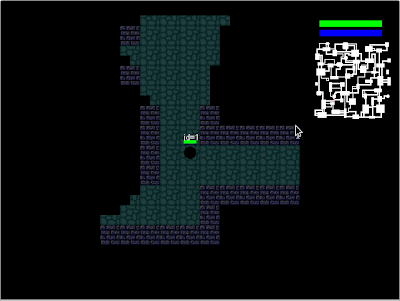 Why git ?
I was fed up with using TortoiseSVN, and Pat convinced me to get a google-code account and try out a better version control system. 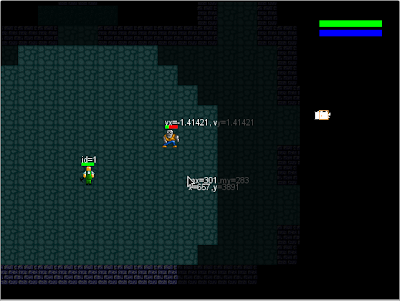 Initial Development
The game progressed with some additional sprites hard-coded into the game, which now could be any image format and not just .BMP. A single enemy was added, able to path-find to the player. It could be killed with a simple ranged attack. A fog-of-war outside of the field-of-view was implemented; the map no longer starts revealed. 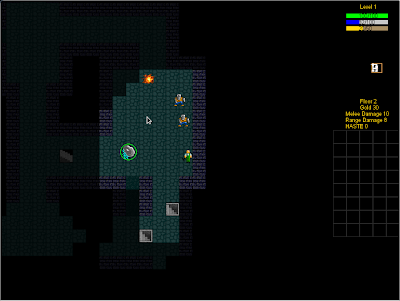 Adding Gameplay
The game progressed by leaps and bounds this month. Enemies could attack, and 4 different kinds of enemies were introduced (all still in the game!). The level generation was tuned further and levels were given distinct layouts. An inventory was added, basic items such as HP & MP potions, as well as basic stats such as experience points and levels, and damage. No death animations were present yet, and melee attacking was preformed by simply walking into enemies, much like typical rogue-likes. 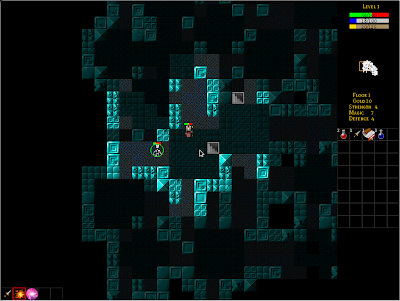 Taking it 2-Player
The game became even more game-like, with weapons, scrolls, and an additional spell (in addition to blinking and fireball which were already in). Monsters were no longer melee-attacked by walking into them, instead requiring a key press. Enemies get stronger by a fixed formula the deeper you go. Online was implemented! It was fraught with problems - crashes and synchronization issues - but the game could be played with 2 people! 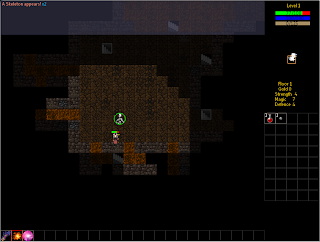 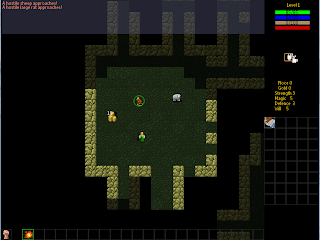 Overhaul of stat system to one used currently, many new enemies including a set of animals, and two bosses. Many UI improvements, addition of weapons such as bows, early prototype of fighter class. Added visual representation of resting-system. Enemies travel in groups nicely thanks to the RVO2 library. 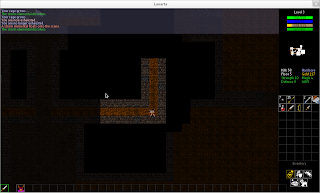 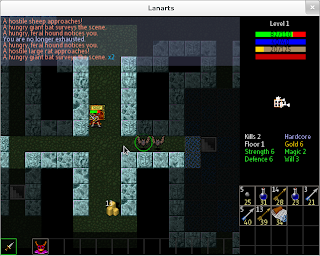 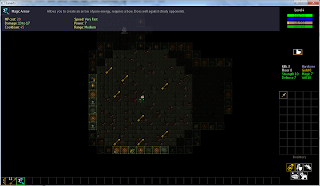 Shops were added. New archer class hastily added, was quite underpowered. Continue to look for help on the game, without much luck.


The game was released for the ARRP. See this playthrough! The equipment system was redone with many new equipment slots. The main-screen was redone to allow for setting IP and connection port cleanly without fiddling with resource files. Work started on a new game, Carny Death Peddlers, with and old partner-in-crime, REZ, from my Game Maker days. The ability to work with a brilliant pixel artist was too enticing -- even if the project was forced to use Game Maker... 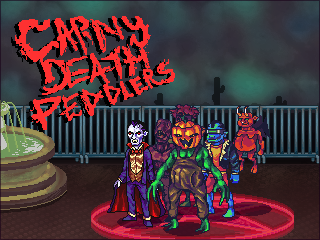 Frantic game development, in time for Halloween!
The game was successfully finished within a month-and-a-half for a Halloween-themed game development contest. I think it's obvious that this is a very small timeframe to complete a game. The dedication that my artist partner REZ showed for completing the project kept me on-task. There was definitely many stressful periods but I've never worked on a game with someone with such unified vision, it was awesome! The game has since been featured on several gaming websites such as GameJolt, and has ~1000 downloads on 64Digits.com. The game features great original music by Glock&Mr8bit.

Engine improvements
After the release of the last game I was a bit burned out. However, creating a full game in such short amount of time was inspiring to reapply my efforts towards polishing Lanarts. Glock&Mr8bit and REZ both agreed to help with the game. Unfortunately, REZ soon became busy with his own projects. Glock&Mr8bit worked away at producing music, and I worked on improving the engine in various ways, such as being able to play sound effects and music, and a better Lua framework. Still looking for additional developers.